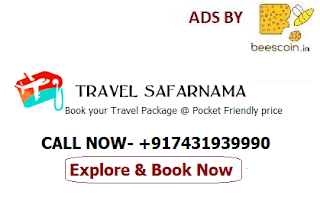 Inside the Ranthambore National Park resides the Ranthambore fort. This entire setup is located close to the town named Sawai Madhopur. Initially, the park served as a famous hunting ground for the Maharajas of nearby areas especially Jaipur. Th position of the fort is at the top of the hills inside the park. The area of the fort is 102 ha.

Labelled as one of the Hill Forts of Rajasthan, Ranthambore bears a rich history of conquests, invades and attacks by kings of other states as well as foreigners. From the Yadavas, the fort was won over by Prithviraj Chauhan in the 12th century. When Muslims started capturing lands in India, there were several attacks on the fort which was then into Rajput hands. Finally, when Alauddin Khilji sat in the throne of Delhi Sultanate, he bribed the minister who was in charge of the fort to hand over its responsibility to him.

Whoever came to invade this fort faced severe difficulty because of the fact that the fort was very well consolidated and very wittily planned to stand strong against any sort of attacks. Since the fort is situated inside the National Park of Ranthambore, it chiefly served as an entertainment ground to the kings of Jaipur and others. During the rule of Sapaldaksha, approximately in the 10th century, the Government of Rajasthan’s Amber Development and Management Authority had built it.

Although the fort was an incomparable barrier to attacks, but centuries after its construction, today it is sort of in ruins. But that doesn’t cease to attract thousands of visitors every year to witness this mighty fort. The aesthetic ruins please the eyes of the tourists and leave numerous places for archaeologists to dig into. In fact, not only locals or people from India come to visit this place, historians and tourists from abroad are akin to know more about the deep historical facts about this place.

Walls of the fort are fraught with the contemporary architectural styles and designs which are appreciated till date. The essence of history lingers in each of its broken corners. It is believed by the people of Rajasthan that the fort embodies power since it never really failed to stand with its head high against invaders coming from foreign lands.

Since the fort was build at the top of the hills inside the park, the only way to reach there is through a walk while soaking in the thrill of the National Park. The walk will give you an experience of the sounds of big cats, various cacophonies of birds and smell of wilderness. Ganesha Temple inside the fort’s premises is indeed a site for attracting tourists. The architecture of the fort is worth noticing. Considering its historical value, it has been declared a world heritage site by UNESCO.

You can book your flight from your city and reach Jaipur airport from where the fort is 180 kilometers away. Tourist cabs are available which will take you directly to the National Park. State or private buses are also available from far off places in Rajasthan. The nearest railway station is Sawai Madhopur from which the fort is 10 kilometers away. Hire a taxi to get there.