The construction of this fort dates back to 1631 in the Alwar district of Rajasthan. Bhagwant Das had built it for his beloved son Madho Singh. Situated at the edge of Sariska Reserve in the Aravallis, the panoramic view is quite mesmerizing. With a series of legendary tales, Bhangarh is one of the most haunted places in India. 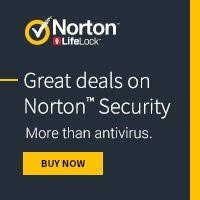 There is a great contradiction regarding the mystery of this fort. While some experience thrills, few also come back disheartened lacking any real adventure. Of the numerous tales that label Bhangarh as a haunted fort, the most popular one is of Chatr Singh’s daughter, the beautiful princess, Ratnavati. Much opposed to her elder stepbrother Ajab Singh, Ratnavati was liked by all. Her praises of beauty and decorum spread wild across and proposals of marriage came flooding one.

Meanwhile, a tantrik who was expert in voodoo fell in love with the princess. However, he knew that their standards differed and he hardly had a chance. So, he spelled magic in a bottle of perfume that was being bought for her so that she would fall back in love with her. Ratnavati, through some means got to know about his cunning plan and threw the bottle away.

The tantrik was shattered at this and before dying cursed her, her entire family and even the village. Coincidentally, there was a battle the consecutive year between Bhangarh and Ajabgarh leading to the former’s defeat, Ratnavati’s demise and most of the army was killed.

Since then, there was no further birth either in the fort or the village. The fort stood in desolation for years hence, only to be the abode of ghosts. The effort of any local man to build a roof or house goes into vain because in some way or the other, it collapses.

Other tales of curse includes that of Guru Balu Nath who had cast a spell as well since his only condition was not kept. He had asked that the fort’s construction shouldn’t overshadow his little hut which was deliberately denied by Ajab Singh.

Although on the verge of ruins, but the fort has three storeys to be explored. There is Someshwara temple on one side which is peaceful a place to peek into. There’s a crafted niche still quite discernable, which is Ratnavati’s toilet. The walls of the temple are in proper shape. Compared to other forts in Rajasthan, Bhangarh is not in good shape at present. However, the very fact that there are haunted tales linked to its presence makes the experience thrilling. The fort is open to tourists only after sunrise and before sunset.

How to reach the fort?

The distance of the fort is 146 miles away from Delhi. Jaipur International airport is the nearest to the fort, which is just 88.2 kilometers away. The nearest railway station is Dausa. Hire a vehicle to Jaipur-Agra flyover from where shared jeeps are available to Gola ka Bass village. One can walk till the fort easily.